Promotional products are a well-known way of marketing a company. The key to being successful by giving them away is to give people products that they'll want to use. With winter setting in, here are some ideas for items that are great for giveaways at this time of year.

People drink coffee on the go all year long, but hot coffee is especially popular in the cold months of winter. A mug that doesn't spill and keeps beverages warm will be appreciated by many people who need a cup of joe to keep them going and want to stay warm when it's cold outside.

If your company is targeting potential customers in the Northern United States, an ice scraper or snow brush is an excellent idea. Everyone who has a vehicle and lives in a snowy climate needs one, and they'll use it on every time it snows.

Ice scrapers are smaller than snow brushes and don't have bristles, so they're usually less expensive. They're also not as useful, as they're only made for scraping ice off of windows, and snow brushes usually have both a scraper for removing ice and a brush for getting rid of snow. Therefore, if your company can afford snow brushes, get them for potential customers instead of ice scrapers.

Keychain flashlights aren't something that many people would buy for themselves, but they're an item that people will often use if they're given one. These little, portable flashlights are especially useful in winter because the sun rises late and sets early. People are often going to and from work in the dark, and a keychain flashlight can be useful if they drop something while getting into or out of their vehicle.

Winter gloves, hats and scarves are, of course, essential items in much of the United States. Although most people who live in cold parts of the country already have winter clothing, they can always use another set of gloves, an extra hat or an additional scarf. Even if they don't wear these items on a daily basis, they might put them in a bin of extras for when a visiting guest needs gloves, a hat or a scarf, or they may keep them in their car in case it breaks down on the side of the road when it's snowing. 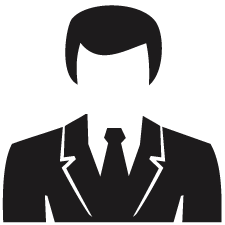 Hello, my name is Luke. Welcome to my site. I am excited to share my knowledge about developing a business plan. When you want to start your own company, you must write up a plan about the specific products or services your company will provide. You must also detail the way you will acquire starting capital and hire employees. I will explore the process of writing up a business plan on this website. I hope you will be able to use my information to create a solid business plan you can rely on for at least a few years before it's back to the drawing board as your business grows.